Create an Account - Increase your productivity, customize your experience, and engage in information you care about.

The Oakland Police Department is proud to present its K9 team, made up of Sergeant Anthony Vitale and his partner Chase.     Sergeant Vitale joined our agency in 2013, after a distinguished 25 year career with the Davie Police Department.    Chase is a Belgian Malinois who was donated to the town by an Ocala area kennel.  Sergeant Vitale and Chase completed a 480 hour K9 Patrol school and a 160 hour Narcotics Detection school in 2017.   Their training is in the areas of narcotics detection, criminal apprehension, handler protection, building searches, area searches and tracking suspects/lost persons.

Our K9 team has already had an impact in our fight against the criminal element.  Beyond that we hope to utilize this team to help to build a stronger bond between the police department and the community that we serve.  As an example, last school year the second grade classes at the Oakland Avenue Charter School held a very successful fundraiser for the K9 team.  During the spring time Sergeant Vitale and Chase gave a demonstration to the students to thank them for their efforts.  To say the least, it was a big hit.

One of the most interesting components of our K9 unit’s story, is that it was started primarily from donations.   Chase was donated by an Ocala area kennel and his ballistic vest was donated by the Protect the Paws organization. Contributions from Oakland residents and others in our area and the school fundraiser allowed us to outfit a vehicle with the necessary kennel insert and heat alarm system, which protects Chase when he is working.  We want to thank everyone for all that they have done to make our K9 team a reality. Sergeant Vitale and Chase have enhanced our ability to serve the residents of Oakland. 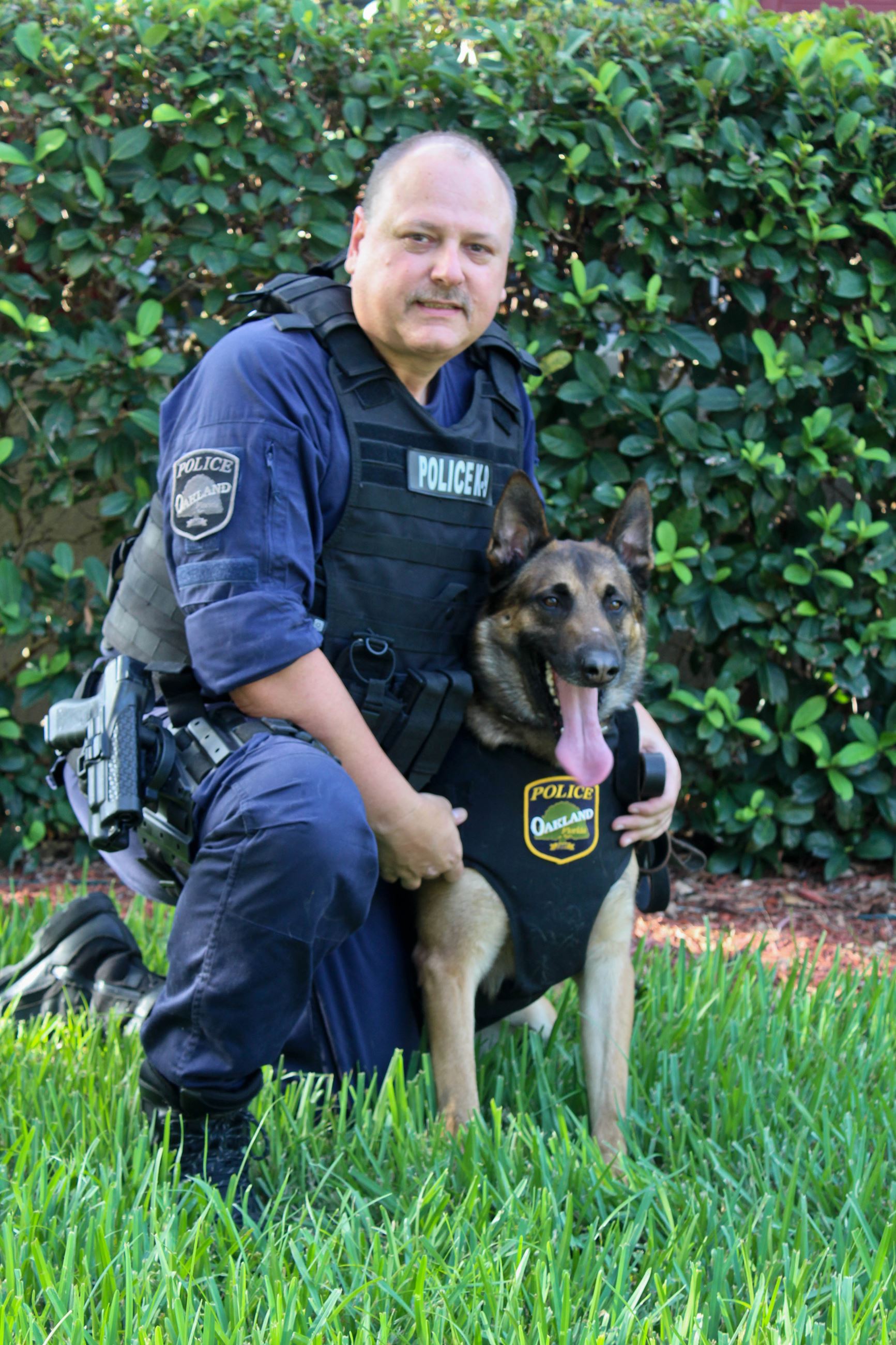